Visit 4E4Equality’s website
Editors’ Introduction
We first began the work of what would become the 4C4Equality initiative in fall 2013. As graduate students studying Rhetoric & Composition at Purdue University, we watched the debate surrounding the 2014 Conference on College Composition and Communication (4Cs) unfold. 4Cs was set to take place in Indianapolis, IN—a state whose laws were growing increasingly hostile toward LGBTQ people. Living and working in Indiana, we had a front row seat to the shit storm that was HJR-3, a piece of legislation that sought to write discrimination against same-sex marriage into the state constitution. We were simultaneously appalled that such a law was picking up steam and eager to do something to oppose it. On the WPA LISTSERV, folks around the country debated what to do about the conference. There were a lot of ideas bandied around, but it seemed like no one was going to put them into action. We gathered a group of fellow graduate students together and created a plan of action, taking a few ideas from the online conversations and developing some of our own. Eventually, we reached out to colleagues to support our plan to engage 4Cs attendees and draw them into actions that supported Indiana’s LGBTQ citizens and allies.

When it came time for 4Cs to take place in Indianapolis, we were encouraged by the support others in our field showed for our grassroots, graduate-student led, and donation-funded initiative. Writing instructors from all over the country volunteered to sit at our conference table and speak with other attendees about the fight against HJR-3. New and veteran conference goers donated funds to defray the costs of our promotional materials. You can read more about our history and approaches to focusing on local activism at our website, 4C4Equality.wordpress.com. Additionally, we detail our ongoing work with the initiative in “Considering Global Communication and Usability as Networked Engagement: Lessons from 4C4Equality,” set to appear in Thinking Globally, Composing Locally Rethinking Online Writing in the Age of the Global Internet in May 2018 from Utah State University Press.

From its earliest days, 4C4Equality organizers have worked to develop an infrastructure that connects rhetoric & writing scholars to local activists in the cities that host 4Cs. Through yearly interventions centered around the annual 4Cs conference, we have employed different tactics to make this infrastructure sustainable, from serving as local organizers at 4C14 in Indianapolis, to supporting the work of local activist-scholars at 4C15 Tampa, to circulating an online map that locates activist-scholars around North America at 4C16 in Houston. This collection is the next step in that work. The pieces included in this zine reflect only a small cross section of the vibrant and energized approaches to activism in the field of writing studies. These approaches take on new weight light of the current political climate in the US.

Following the 2016 US presidential election, American politicians–led by Donald Trump–and their sympathizers have stepped up legal and extralegal attacks on poor and working-class people—particularly immigrants, muslims, and all people of color, transgender people and queers, women, people with disabilities, and even children. To oppose these attacks, activist groups have organized national, regional, and local resistance. Activist-scholars have played a role in such resistance, from participating in high profile national actions—such as the 2017 Women’s March on Washington and A Day Without Immigrants—to carrying out day-to-day organizing in their communities, fields, and classrooms.

To shed light on such work, this zine bridges conventions in academic and underground publishing to build a network of activist- scholars. Through our call, we hoped to highlight activist-scholar work in a more rapid and accessible manner than is found in most traditional academic publications. A DIY-approach has been integral to 4C4Equality from its beginning. Broadly, each piece included here addresses one overarching question:

In the current political climate where students and faculty are becoming increasingly involved in direct action and local organizing, where do writing, rhetoric, and literacy studies and adjacent areas of inquiry fit in this work?

To focus this question, we asked contributors to describe the activist and organizing work with which they are involved, how they feel writing, research, teaching, and service play into this work, how they discuss activist work among academic and organizing audiences, and how they collaborate with others through activism or local organizing.

The point is not to erase differences among these methods so that we might gather under one banner, but to write a(nother) network for social justice within, across, or through writing, rhetoric, and literacy studies. This zine provides a platform for activist-scholars to consider various methods for resisting and organizing resistance, and to consider how others relate to and employ these methods. It is a step toward building a network where we learn from, support, and respectfully/productively challenge one another to organize or further develop our local work. And we are excited to share the thrilling work each of these contributors have undertaken with you in this space.

You’ll find a mixture of interviews, scene reports, and columns that reflect the spirit of underground publishing culture while allowing contributors creative license to articulate their activist work in unique ways. The zine is organized loosely around a number of themes: from perspectives on how grassroots organizing and activism fit into writing, rhetoric, and literacy studies, to pedagogical approaches to activism, to discussions of cultural rhetorics and how race informs praxis, and personal accounts of bringing activism into the classroom and community.

A majority of the interviews were conducted by the editors, as we invited scholars from writing, rhetoric, and literacy studies who influence our work with 4C4Equality to share their perspectives about the current state of the field and activism. The scene reports and columns offer first-hand perspectives on contributors’ extant engagement work. It is our hope that the work described in this zine inspires others to engage, organize, and fight back.

Don Unger is an Assistant Professor of Writing and Rhetoric at St. Edward’s University. He also serves as the Faculty Fellow for Community-Engaged Teaching & Learning with St. Edward’s Center for Teaching Excellence. His research explores impact that network technologies have on how we conceive of public rhetoric and what role service plays in shaping networks. You can contact Don at dunger1@stedwards.edu and follow him on Twitter @donunger.

Liz Lane is an Assistant Professor of Professional Writing at the University of Memphis. Her research focuses on feminist activism in digital spaces, new media and technical communication, and designing for community engagement. You can contact Liz at etlane@memphis.edu and follow her on Twitter @fancyscholar.

Aknowledgements
The editors would like to sincerely thank the following individuals and groups for their support and guidance throughout the growth and development of 4C4Equality: 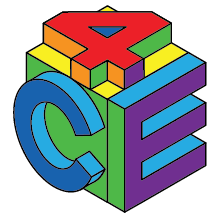 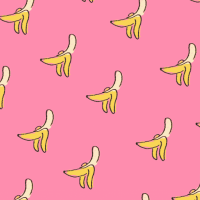 What Fucking Clayton Pettet Teaches Us About Cultural Rhetorics 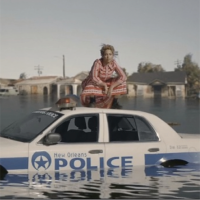 Beyoncé’s Performance of Identification as a Diamond: Reclaiming Bodies and Voices in “Formation”

The Struggle is Real: Whiteness Studies, Hip Hop Pedagogies, and the Rhetorics of White Privilege 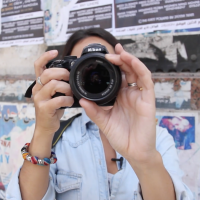 Embodied Encounters: A Case for Autobiographical and Haptic Filmmaking

Toward a Rhetoric of Kagiso: Rhetoric and Democracy in Botswana

What Fucking Clayton Pettet Teaches Us About Cultural Rhetorics →