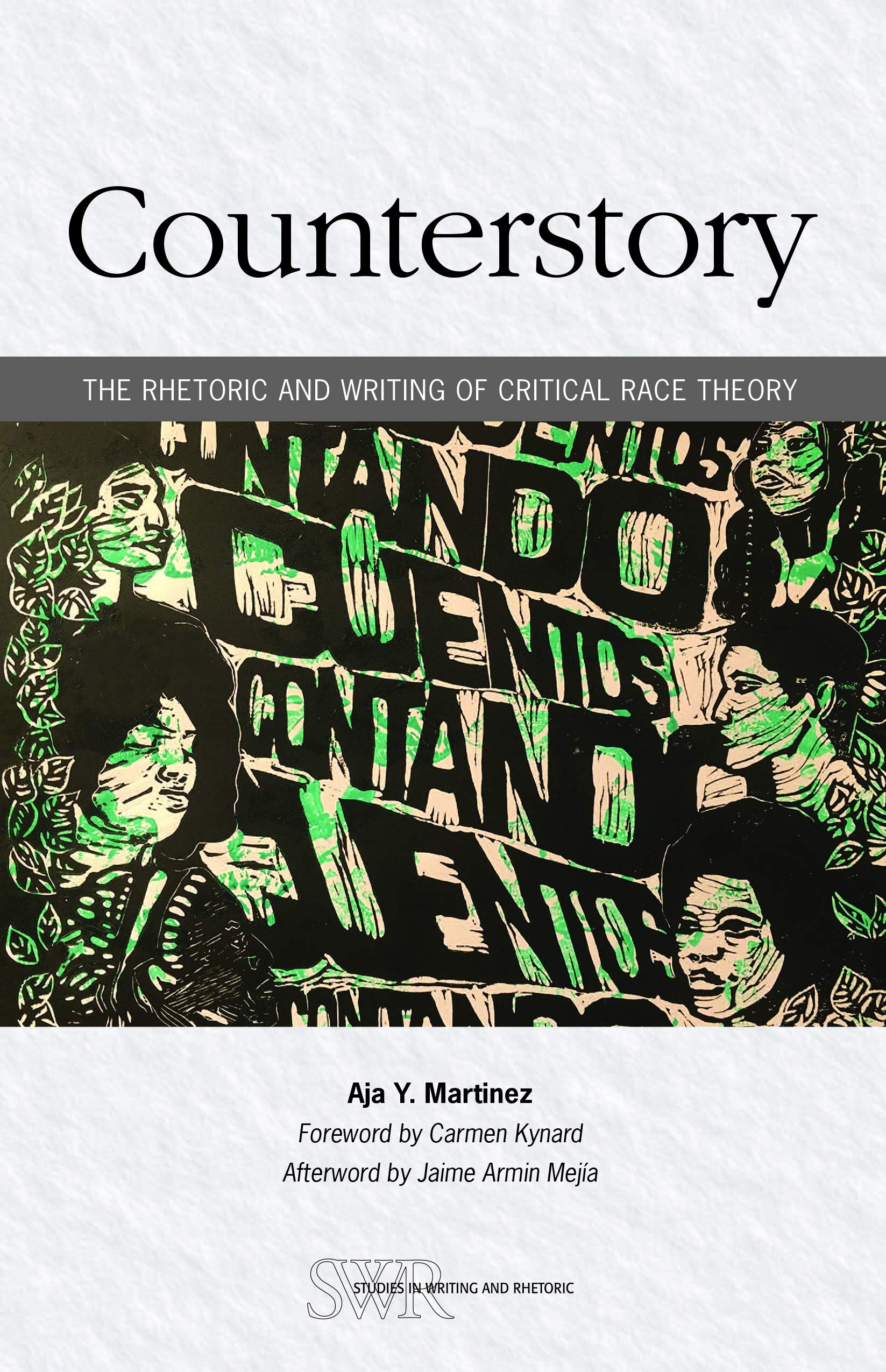 Remember how magical the Choose Your Own Adventure [1] books were when we were younger? You could be a vampire or a rockstar or experience going through a black hole, all in various renditions based on a series of strikingly different choice endings. When we read a Choose Your Own Adventure tale, we could simultaneously helm and experience the story as it unfolded, providing a sense of personal agency and power in an otherwise static reading environment. In the pre-internet days, this was heady stuff. I experienced this same sense of headiness when I read Aja Y. Martinez’s Counterstory: The Rhetoric and Writing of Critical Race Theory. As a professor committed to teaching the freedom and magic of metacognition, critical thinking, and agency of writing within a discipline hellbent on gatekeeping-in-the-guise-of-teaching, reading Counterstory made me feel excited about the future of Rhet/Comp. In fact, I decided to “choose my own adventure” as soon as I finished the book and began drafting new counterstory-based assignments for my students.

I felt more than capable of drafting new and inspired writing assignments because Counterstory is a guide for instructors across the disciplines seeking to teach writing, and teach it well. In Martinez’s own words, Counterstory maps how to center “experiential knowledge so as to better elucidate lived reality from (intersectional) rather than about (essentialist) people of color.” [2]In short, Counterstory teaches and demonstrates how to incorporate anti-racist writing into any classroom via the ancient method of narrative, reframed to center BIPOC and non-normative voices and language use. To quote the revolutionary Fred Hampton, “theory’s cool, but theory with no practice ain’t shit. You got to have both of them—the two go together,”[3] and this is exactly what Counterstory does.

Counterstory begins with the Prologue, “Encomium of a Storyteller,” where Martinez introduces us to the main protagonist of the embedded counterstories, Alejandra, and Alejandra’s namesake, Alejandro Ayala Leyva, Martinez’s grandfather and first teacher of counterstory. This insight into Martinez’s exigence is extended in Chapter One, “A Case for Counterstory,” which maps the fraught trajectory she faced bringing counterstory into the academy and pushing for its validation as a research methodology and method. Chapter One also defines, explains, and maps counterstory’s origins in Critical Race Theory (CRT), so that even the newest arrival to CRT and counterstory has a firm understanding of the approach and application. Taken from this history, the tenets of counterstory are also made clear for us: racism is pervasive and permanent, yet it is a social construct that can be challenged and dismantled in our writing classrooms through interdisciplinary thinking, the centering of experiential knowledge, and by honoring students’ language practices.[4] In Chapter Two, Martinez profiles Critical Race Theory pioneer and counterstory exemplar Richard Delgado, making clear the roots of CRT within legal studies. This same approach is replicated in Chapter Three, profiling Derek Bell, and in Chapter Four on Patricia K. Williams. Embedded in each of these histories is an expert-level weaving of source citations foundational for anti-racist work in Rhet/Comp, adding another level to the educatory aim of Counterstory.

Complementing the critical theory and mapping is the most impressive element of the book: Martinez’s own renditions of counterstory, which she pens in homage to each CRT pioneer, replicating their original approaches. For instance, in Chapter Two’s counterstory, “On Storytelling and Perspective, or, The Road Trip,” Martinez uses Richard Delgado’s method of narrated dialogue as a model. This counterstory begins with the protagonist, Alejandra, joined by her daughter Sofia Alejandra, preparing to embark on a road trip together. Through the dialogue between mother and daughter, the reality of life as a single mama academic emerges, unfiltered. Later, in Chapter Four, Martinez pens “Diary of a Mad Border Crosser,” based on Patricia K. Williams’ method of counterstory via autobiographical reflection. Here, Alejandra narrates three diary entries reflecting on borders, both geographic and cultural. For those new to counterstory, the modeling of the varied possible approaches are solid guides, making it possible to replicate these approaches wholesale or imagine different renditions rooted in our own strengths as teachers of writing. Closing Counterstory is the Epilogue, “Birth Song,” a beautiful piece detailing the love and pain of teen motherhood, a final example of making the experiential theoretical.

The appendices of Counterstory are a treasure trove, as well. Martinez provides reading lists and assignments embedded in syllabi from her personally developed counterstory-based courses. For those seeking to shift their previous curriculums to anti-racist and decolonial praxis and for those new to Writing Studies, these reading lists, course calendars, and assignment descriptions are foundational. Also foundational are the authors of Counterstory’s “Foreword,” Carmen Kynard, and “Afterword,” Jaime Armin Mejía. Dr. Kynard, a leading scholar in Rhet/Comp in many facets, including Black Feminisms,[5] Black Literacies and Rhetoric,[6] and Digital Rhetoric, roots her introduction to counterstory as a young scholar in the 1990s, reading Derek Bell and witnessing for herself how the white-supremacist academy both subverts and silences BIPOC voices. In the “Afterword,” Mejía takes those upholding white supremacy in the academy to task. He writes, “[i]n rhetoric and writing studies, white people need to embrace counterstories and take responsibility for their own complicity in keeping the canon of our discipline narrow,”[7] and I agree. The kairotic moment to stop with the antiquated gatekeeping approaches to teaching writing is now.

On a personal note, when I first read Counterstory, I quickly finished it and then went back and re-read the counterstories based on motherhood, and wept. As a single mama myself, raising three kids while completing my Ph.D. program, I learned to keep my head down and not mention my struggles for fear that I would be seen as less capable because of the added responsibility of my kids. Reading Martinez’s stories about these painful yet incredibly tender and hopeful moments of mothering while in academia moved me in a way that helped me make sense of what I had endured. Martinez explains, “I have things to say and finally I have a methodology by which to say it”[8] and I am so grateful that Martinez has mapped this method and methodology for us.

[1] The “Author’s Note” to Counterstory encourages readers to “choose their own adventure” in reading the text, and I was instantly transported to the innovative storytelling of the Choose Your Own Adventure book series from my childhood in the 1980s.
[2] Martinez (14)
[3] Fred Hampton, from a speech delivered April 27, 1969 which can be accessed opensource at https://www.marxists.org/archive/hampton/1969/04/27.htm
[4] For the full list of the Tenets of CRT, see pgs. 32-33 in Martinez’s Counterstory
[5] For more on Kynard’s work in Black Feminism, see her website BlackFeministPedagogies
[6] For more on Kynard’s work in Black literacies and rhetorics, see her website Funkdafied.Org.
[7] From pg. 187 in Martinez’s Counterstory
[8] Martinez on SWR Interview Series 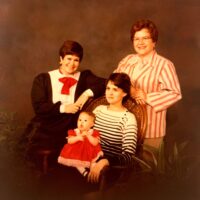 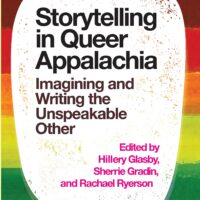 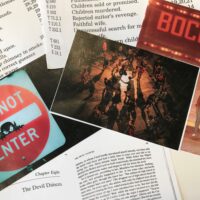 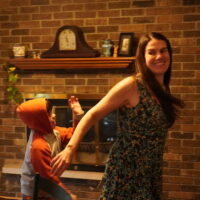 A Dance of Joy, Distress, and Tenderness: An Introduction to Our Fourth Issue 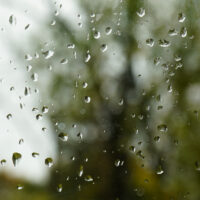 A Response to Cushman, Baca, and García’s College English Introduction 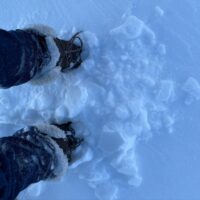 Storytelling and Relationality: Faculty Experiences During the Texas Winter Storm

← Send My Love to the Family: A Review of Glasby, Gradin, and Ryerson’s <em>Storytelling in Queer Appalachia: Imagining and Writing the Unspeakable Other</em> Storytelling and Relationality: Faculty Experiences During the Texas Winter Storm →